The copying pipeline is not yet integrated up until copying of pixels in the output. It copies vector curves after slicing and post processing operations.

It could be done ‘dirty’ by 3d anti aliasing all copies… but this would not make sense in my opinion because of the time/memory footprint. So we need to optimize the extend the copied output to include this. Unfortunatley this is not an easy task as copies can be moved in XYZ directions freely. So exact pixel maps are hard to define.

You can copy instances when put them to images. What the problem?
Just copy one region of image to another.
But need to copy only filled pixels, couse parts can intersect by bounding boxes but not intersect at current layer!
Example: 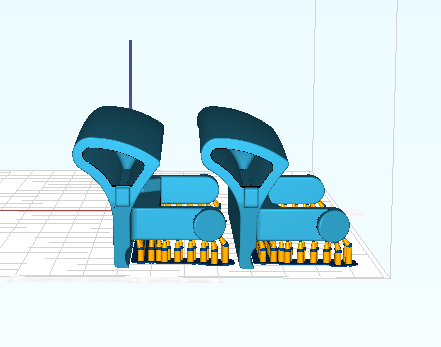 It’s not a problem; it’s just not a quick/easy task to integrate.

There are various different image formats with all their own method of writing.
Some are simply a bitmap where it would be easy, most are written row by row or in encoded format.

So it would involve making some kind of map beforehand which rows from the source part are needed. This would then somehow have to be pre-sliced in order to make streaming of the image row by row still possible.

Current moving of copies allows in XY plane. So that would need to be grid aligned to pixels then.

This makes it tricker than just copying a square image.

But it’s definitely something that we are looking at.

I have to mention however that a large part of the slicing time goes into simply encoding the image data into PNG/RLE/TIFF or whatever your printer needs. From rasterization and encoding the slice contours this encoding part is roughly 80%. So even if you would get it to copy the bytes of the image; the time it takes to encode is still there.