OK, how do we use Array Support? Not intuitive at all, I know what I’d LIKE it to be, but there’s no info at all on what it does and how to use it.

I’d be interested in seeing a quick tutorial too. I just don’t get the application of this feature…

@formware any documentation on how to use this feature?

Work in progress; but i’ll do a quick explainer here with some screenshots.
In V1038 i have seperated the functoinailty in 2 commands. It’s also a bit more polished.
First command is the array place support.
Second command (which was developed together with a Jewelry Industry partner) is for copying supports over similar rotated shells in a disjoint mesh.

Regarding the array support: 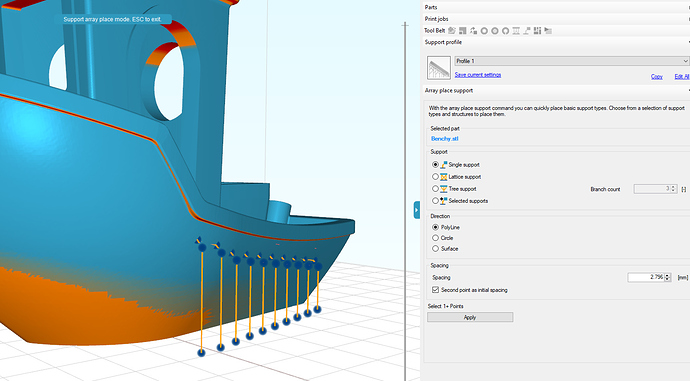 Press apply or hit enter to place the supports. 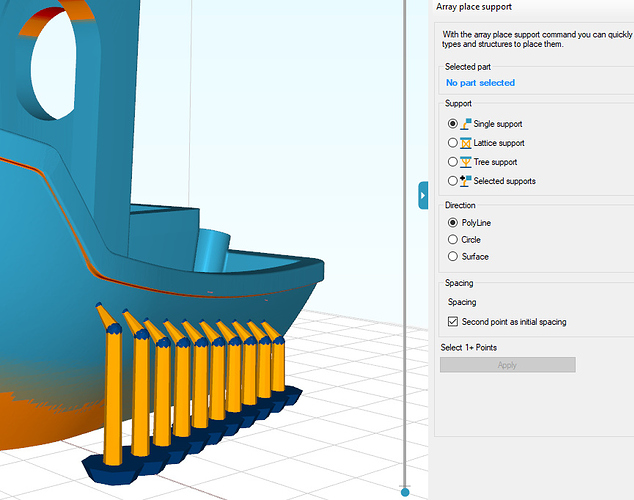 Hope that clearifies it a bit?

Thanks, I’ll give it another try.

BTW, I use Lattice support almost exclusively. It’s the only reason why I bought a license. For my purposes, it’s by far the best support structure to use.