I like to place single supports, then move them off the model so that my overhangs are clean without messing up my model. The latest version of Formware does not attach the tip to the model. 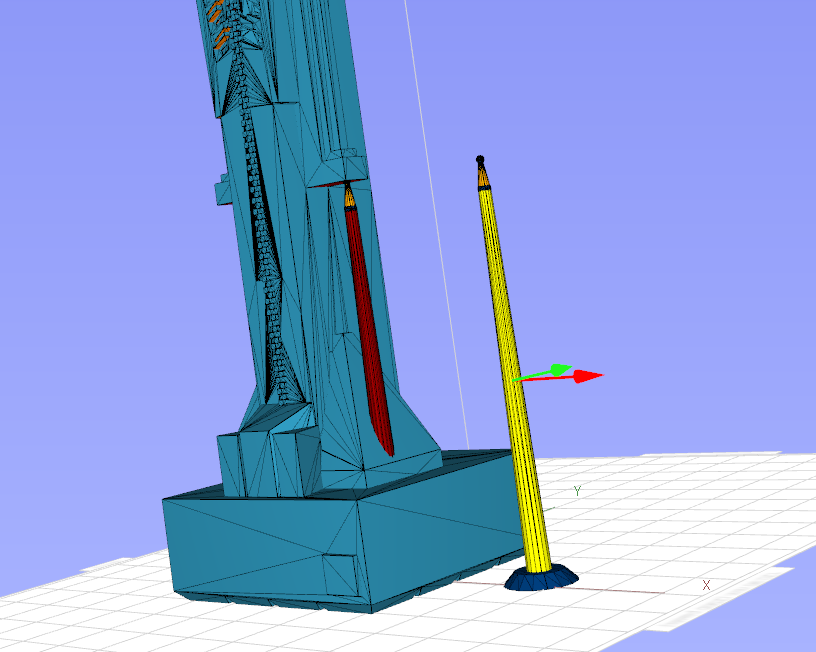 The ball needs to stick to the model where I put it, and the base needs to move where I want it. Also of note, the cylinder that Formware creates for the support does not auto-clip to the base. I tried moving things far out and it said “There are parts or supports below the build table” 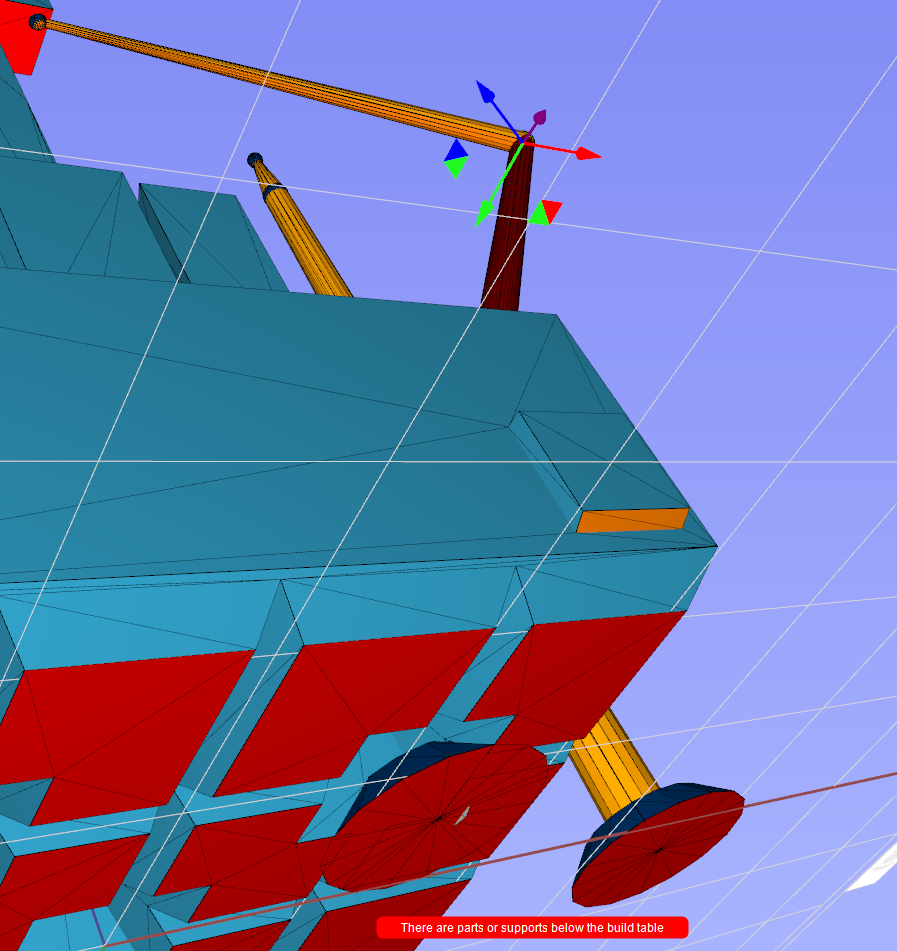 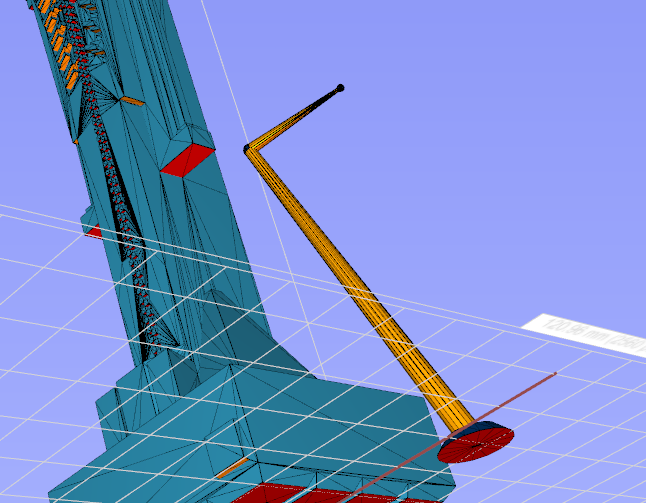 Tip movement mirrors base movement, rather than staying attached.

I’m dead in the water again until this is fixed. Please take a look, Elco.

Internal supports are totally messed up, too. The central ball between top and bottom supports is some arbitrary height above both so that you get this weird spider web lookin’ thing that you have to move around. 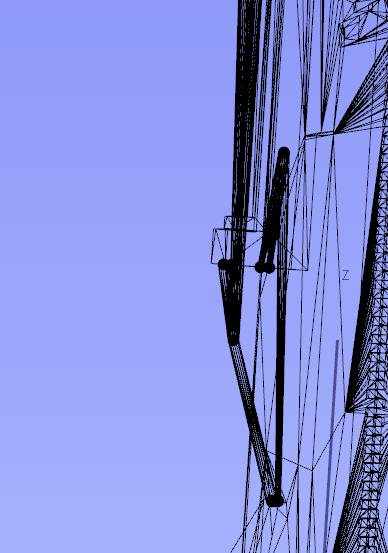 Also, why can’t you place a support on top of another support? I’ve got a place I can put them but if I put one it refuses to let me add another, as if they need their personal space or something. 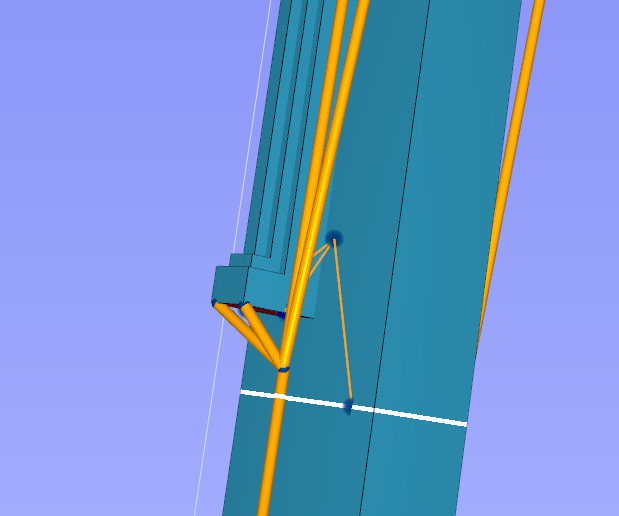 What makes you think it needs to be there, Formware?

No clue what is happening here. Didn’t come to light in our tests.
Can you reproduce it with a simple cube model and a default machine? (to rule out any profile settings that might be conflicting?)

Have you checked the normals of your mesh?

Do you have ‘force recalculation normals’ on in the import settings?

It looks to me like all normals are facing up in the placement of this support?

You can place a support on top of another.
The conector bar feature allows you to click on:

Built a 20mm cube in Meshmixer. Supports behave as expected.

Reimported my model, having checked “force recalculation normals” on the import settings. Supports are free-form and do not attach to the models.

The white support line stays white when supporting. However, if you place a support within the sphere of an existing support, the white line disappears and you cannot support.

Should I send you the model?

Yes very much appreciated. I’ll have a look right away.
If to large you can use wetransfer.com.

Just emailed you the corrupted(?) STL, the Formware file created from that corrupted STL and V2 of the file, which generates no problems. more details enclosed. Thanks!

I’ve had a look at teh file; seems fine to me.

I suspect the first error (floating support) is something todo with the undo-er in combination with automatic supporting. Still investigating but i had something similar here.

The other part; ('what makes you think it’s there) is because you apply an internal support. This assumes it has 1 high point and multiple low points. It calculates the joint in the middle base on the lowest values and then moves some up. So you get something strange when you have multiple high points.

So if you want to have what you have I would suggest to use an (internal) tree support and then branche it out with the ‘connecting bar’ command in any shape you like. 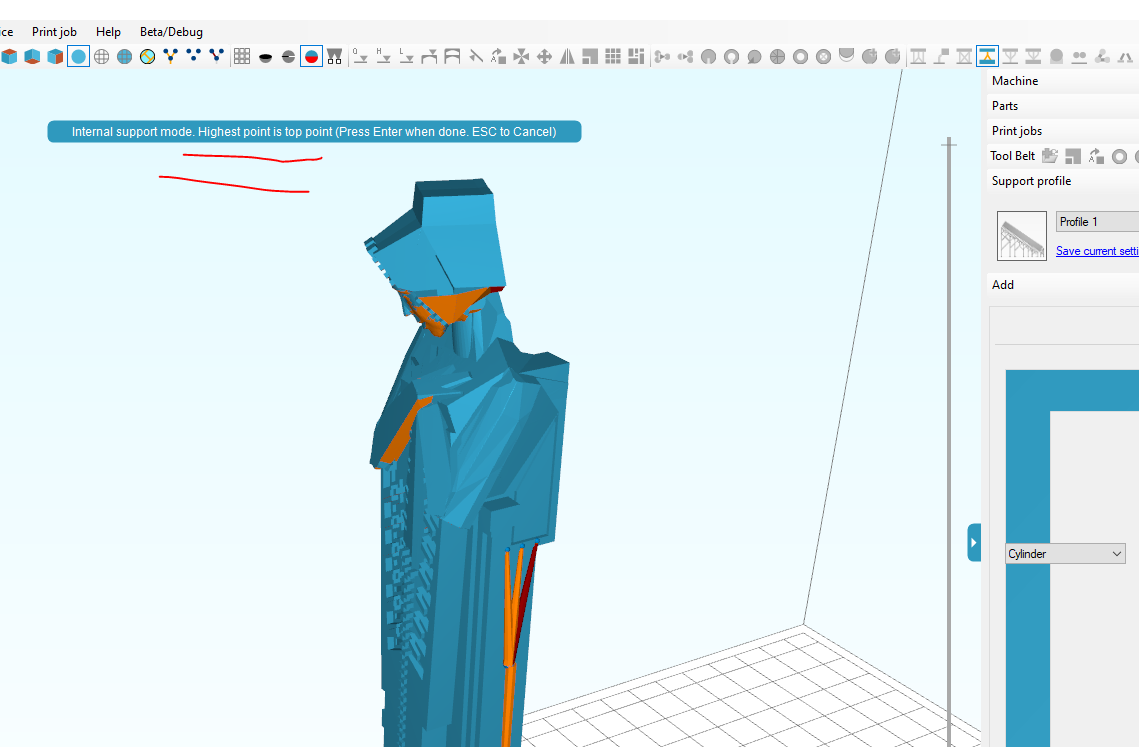 I noticed the ‘place above base’ movement was not added in the Undo tree. Added now.
This might have caused seperation of geometries in some cases.

So will be there in the next release.

This assumes it has 1 high point and multiple low points. It calculates the joint in the middle base on the lowest values and then moves some up. So you get something strange when you have multiple high points.

Okay, makes sense. Raises a question, though: is there a way to do a “unified internal support?”

What would be perfect would be to pick the points that need supporting, pick the points where the support grows from (where scabs can be minimized) and have Formware do a tree or a lattice or whatever based on the number of points. I’ve got one model where I baked bosses into the model hoping I could make this work and then ending up going all the way and just baking the supports in with Fusion. That was a few versions ago and things are definitely working better but ideally, I’d love to be able to do lattices on some feature I can file down after curing, rather than having to worry about digging holes when I pop the supports off.