Slice job diagnosis unsupported island layer number off by one

The slice job diagnosis function is a good feature to check the slice job for unsupported islands and area distribution of the prints. Adding these functions to the workflow before slicing would make it even better.
It’s probably been suggested already, but it would be a useful to within Formware be able choose to ignore unsupported island and simply remove them from the slicer output. Not every unsupported island is worth rearranging the model or adding additional supports.

Thanks. Confirmed it’s different.
It’s because most functionality in the software is 0-based.
I’ve made the trackbar 1-based as I felt it was more intuitive for the end user to have layer 1 instead of layer 0.
I will change the layer display in the diagnose tool to also be 1-based. 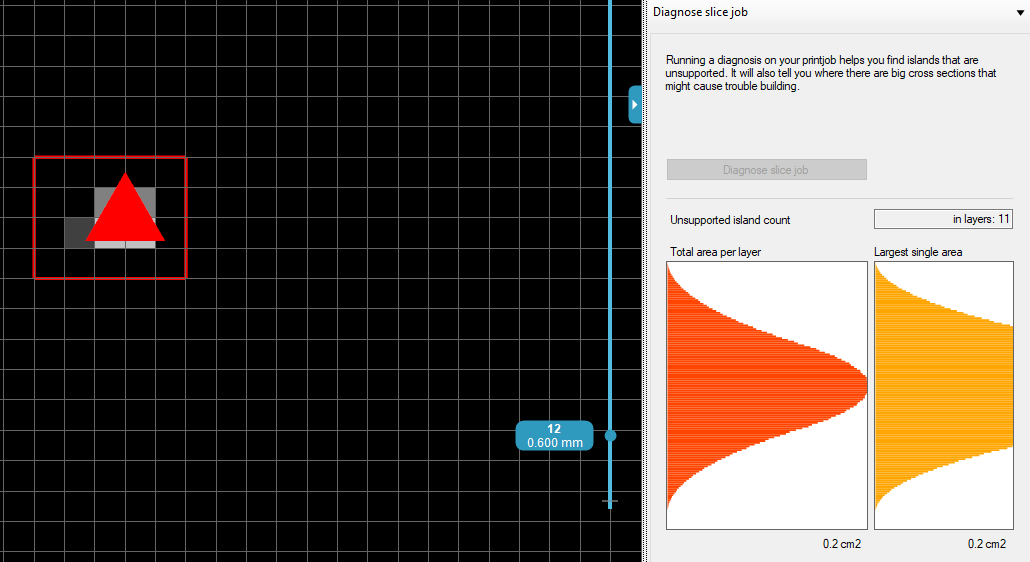